The Story of Glorafilia (Part 3)

Our Search for a Printer

In the second part of The Story of Glorafilia, I concluded by saying that we could no longer paint canvases by hand in quantity, as we had too many orders. So, we began our search for a printer who would meet the necessary standard of accuracy and colour. We continued to paint canvases for Interior Designers and Special Commissions (more later). We wanted to mass produce kits for needlepoint shops, the gift market, museums. stately homes and galleries and ultimately export overseas. We were in the era of ‘trammed’ tapestries from Austria and very few canvases were printed and those that were came from the USA and were not very good. All quality American canvases were hand painted. We were determined to print canvases that were as accurate as hand painted and we did eventually!

The first printer we found insisted we supply our own canvas, cut to size, so in our homes every night there were bulk canvas cutting sessions - our families were mostly magnificently tolerant. This printer had not printed on canvas before and so began a lengthy frustrating process of holding his hand, making sure the holes were not clogged and that verticals were vertical. His colours bore very little resemblance to our painted sample; canvas was wasted, tempers frayed, and it was time to move on. Two more printers fell by the wayside until we found Fred in Devon, a printer able to work to the standard we required. One time in a dock strike with no Swiss canvas in Britain I met my husband who was working in Switzerland and persuaded him to drive to the canvas manufacturer, Zweigart, and we loaded the car with canvas and drove home with several loaves of bread as well – there was a bread shortage at the time in addition to a dock strike. We wouldn’t compromise on the quality of the canvas. Obsessive, fanatical? Absolutely!

With our wonderful printer on board we started to sell our kits throughout the country We used Appletons or Anchor wool and stranded cotton and always DMC coton perlé.

On the strength of our belief in the product we needed some serious publicity to spread the word to more shops and mail order customers. We walked into the Daily Telegraph offices in Fleet Street, laden with made up samples and asked to see The Features Editor – and with nothing to lose – emptied bin liners full of needlepoint cushions onto her desk. This was before the days of security and terrorism, when editors relished innovative products! Her name was Elizabeth Williamson – she loved us, and we loved her She wrote our first serious piece of editorial – two thirds of a broadsheet page. We pasted it into what would be the first of more that 40 press books. Lucia van der Post at the Financial Times was another devoteé of needlepoint and wrote about us often. Vicky Reardon, a buyer for IPC magazines commissioned us to design kits for Woman’s Journal, Homes and Garden and other magazines. These were special offers that were exclusive to them for a few months and were sold at an advantageous price to the readers. The Sunday Times and Telegraph and other magazines followed. There were monthly trips to IPC magazines in Stamford Street, overlooking The Thames to show them our latest designs. It was often a collaboration of ideas: one idea, three designs of individual needlepoint kittens for Woman and Home magazine marketed as Perfect Pets sold 9,000 kits! That’s a lot of kittens - we were absolutely amazed!

We took on a talented artist, Ros Neale, who worked with Carole to produce the designs, with me mostly running the business side and only interfering a little. She is still working with me today and remembers almost more about Glorafilia than I do.

The adventure continued. In 1979 we produced our first mail order catalogue and with great trepidation printed two thousand copies. The Observer magazine gave us a small editorial – we received six thousand requests for the catalogue! Opening the letters took days but it was so much fun.

The catalogue included several designs based on Bamboo - lots of baskets of fruit and flowers and bamboo and cane which have had a recurring decorative cycle since the 18th century – think of Chinese Chippendale and the influence of Regency furniture. The seventies upsurge of enthusiasm for bamboo and cane meant that it was everywhere – on bed heads, mirror frames, carpets, wallpaper and painted on furniture, printed on textiles. For us this revival was a joy and has become a theme we use repeatedly in needlepoint. Their shapes marry perfectly with the natural dictates of the canvas. It can be rustic or sophisticated. It is harmonious with flowers and foliage, butterflies and shells.

Geometrics like the Town Scene was one of our early successes. This design woke us up to stitchery – turning a flat picture into a strongly textured semi-abstract sampler was perfect for practising a repertoire of stitches. It was the first time that individual stitches took over the design, creating interesting dimensions. There were florals, peacocks and tigers and kits based on The Country Diary of an Edwardian Lady, a beautiful book that was the publisher’s bonanza of the seventies…. and gorgeous medieval and art nouveau designs.

We received lots of orders from individual customers as the product was only available in very few needlework shops - we had an index system with all their comments and orders meticulously and laboriously written by hand on the cards. This was before life became computerised. There were hardly any mail order companies - most people still made their purchases in shops, such a novel idea. We bought our first computer. The eighties were approaching. In the next few years needlepoint mania hit the United Kingdom and we were in the right place at the right time.

If you missed earlier editions of the story you will find them here:  Part 1, Part 2. 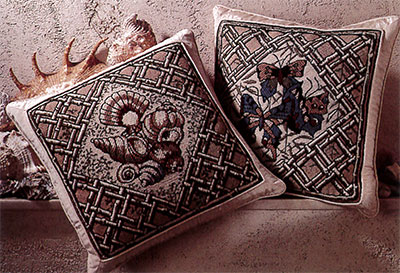 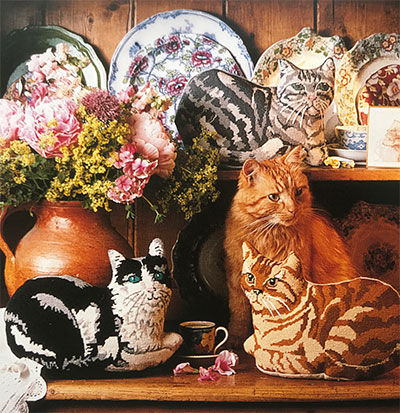 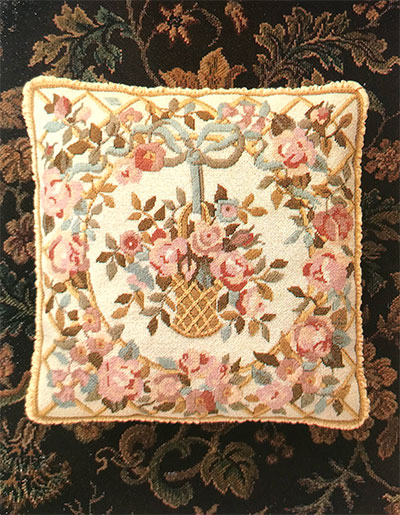 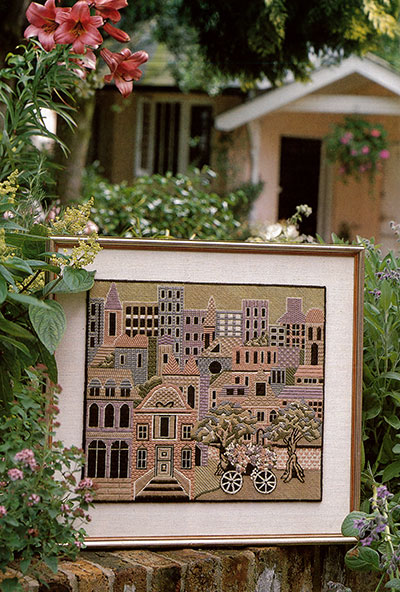